The biggest threat facing your company right now is not bankruptcy. It is breeding a company culture that doesn’t embrace conflicts.

It all starts in kindergarten.

If you tell about this to anyone, I won’t invite you to my birthday party.

And continues at work.

This is between me and you, and if I hear you spreading this, there will be consequences.

Avoiding consequences is so ingrained in us that it took a massive global media onslaught before we had to face the consequences (pun intended) of our dirty habit.

We were all weirdly surprised when one by one, accusations against once-the-most-influential man in Hollywood, Harvey Weinstein, started appearing. At first, we were skeptical: why didn’t these women come forward years ago? And then we wondered: if that had happened to us, wouldn’t we have accused him head-on? Taken the case to the police?

And then, maybe the most disturbing of all thoughts was: why did Hollywood stay quiet for so long? Not the victims, but a wider circle of men – and some women – who must have known what was happening all along?

Maybe the most disturbing of all thoughts was: why did Hollywood stay quiet for so long?

Because let’s face it:

“How is it that female film students at NYU reportedly are warned not to intern for Weinstein, yet the Hollywood elite know nothing?”
(NYPost, 24 Oct. 2017)

So why did they turn a blind eye?

Out of fear of consequences.

TOXICITY IN A COMPANY IS BUILT LIKE A HOUSE

Many organizations and companies have traditionally relied on fear as a motivator to keep people in their place. Your next assignment – or your next role in a hit movie – depended on your skill to keep certain unspoken truths to yourself.

Luckily, a few journalists and actors in the U.S. raised the issue of “silence of the men in Hollywood” after known allies of Mr. Weinstein failed to come forward and admit they knew or suspected what had been going on. Of course, the media hunted them down in the end and many careers went up in flames within days.

If you allow toxicity to build up in darkness for too long, you can be sure someone blows off the roof sooner or later.

So be warned: if saying nothing almost destroyed Hollywood, it can destroy any company in a flash. If you allow toxicity to build up in darkness for too long, you can be sure someone blows off the roof sooner or later. The explosion will tear down and kill the whole organization. Boom!

Toxicity in a company is built like a house. The foundations are laid when people’s ideas and opinions are continuously ignored. If some unfortunate soul tries to make a point which doesn’t resonate with the management, he is left on the outskirts and ignored. This leads to toxic watercooler-talk and bad mouthing. This then leads to selfishness and everyone trying to outsmart each other.

The management forms a tight circle of trusted ones, where once you get there, you feel so deserving of your status that you start to ignore everyone who disagrees with you. It’s a vicious circle where you only rise to the top by playing your own game and agreeing with the management. This is a company built on shaky foundations of silenced people, unspoken truths and rising bitterness.

Until BOOM! The roof comes off and the wind rattles the foundations and the house comes crashing down.

There is a better way.

IF YOU SPOT PEOPLE ALWAYS AGREEING WITH YOU, STOP IT

Instead, you can choose to foster a conflicting company culture. This means letting people share their feelings, opinions and disagreements openly, face to face, immediately. Even if it hurts.

You can choose to foster a conflicting company culture.

Give people a forum for sharing their truth whether it’s a monthly CEO “ask me anything” session (at Ellun Kanat we do just that) or a Slack group discussion. Ask people in all levels for their opinion even if they are not used to giving them. Encourage them to speak their minds and let them know there are no consequences when they do.

Lead by example. If you spot people always agreeing with you, stop it. You want a conflicting company culture where smart people form original ideas, not a bunch of nodding puppets who are there only to please you.

Let everyone know this is expected from everyone:  it is absolutely everyone’s responsibility to speak their truth and offer conflicting thoughts. This is no place for puppets.

Remind yourself that BOOM can happen anytime if we let ourselves become complacent.

And then, little by little, changes will take place. Truth will be praised, not feared.

Remind yourself that BOOM can happen anytime if we let ourselves become complacent.

And in any case of doubt, remind yourself of Hollywood (boom!) and Oprah’s powerful Golden Globe speech which kicked off the #TimesUp campaign:

“What I know for sure is that speaking your truth is the most powerful tool we all have.” 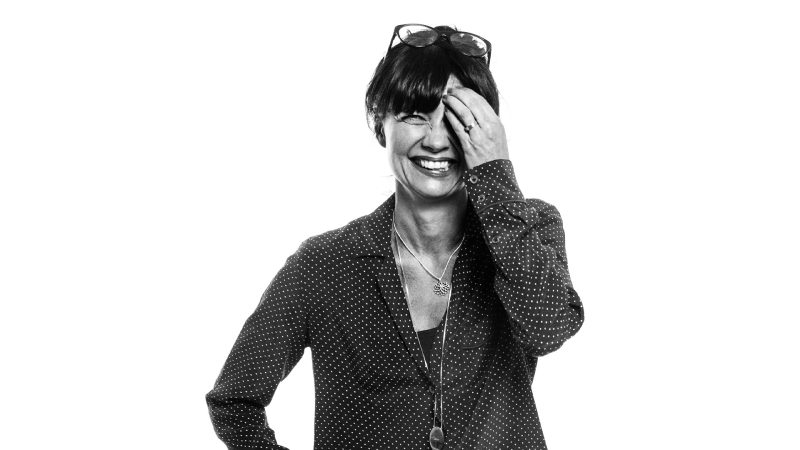